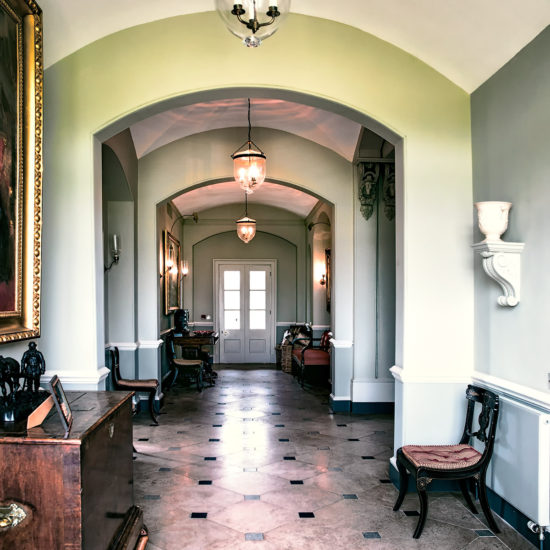 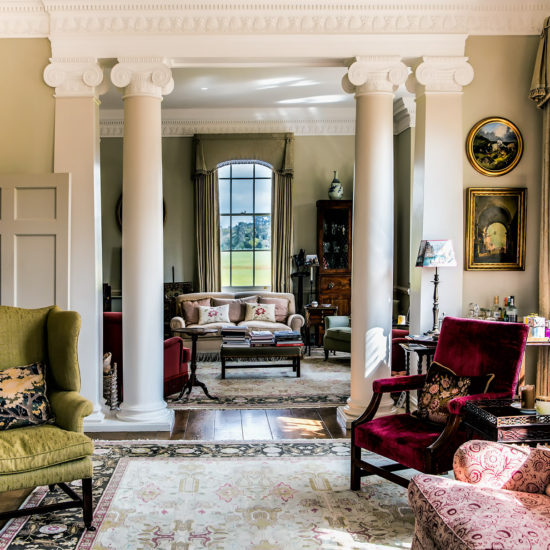 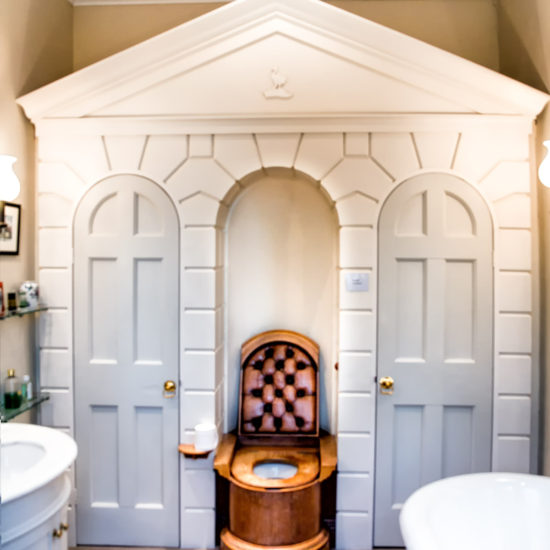 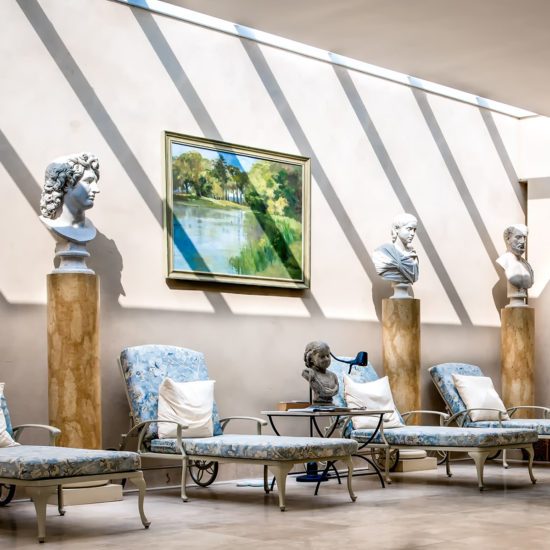 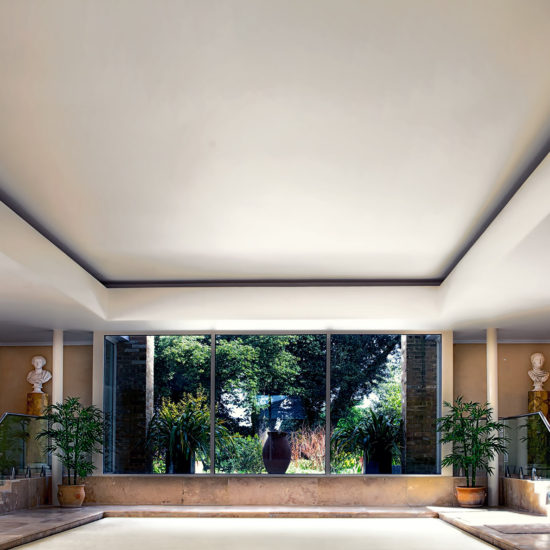 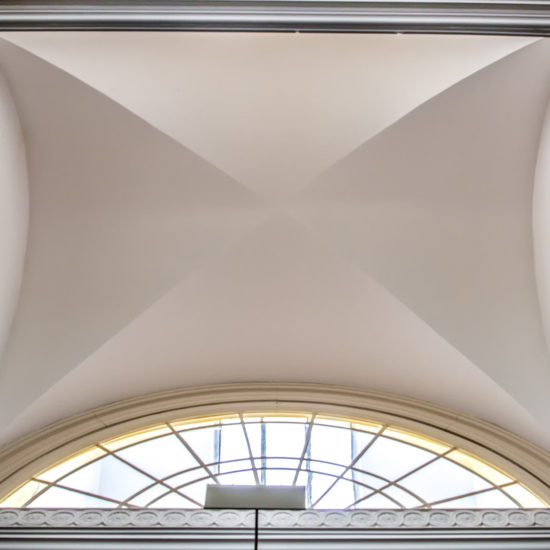 The building and its renovation.   Samuel Wyatt designed the building which was built in 1786 as a new inn to replace that on the site of the kitchen gardens within the newly enlarged and enclosed park. The Model Farm itself was created in 1851 to house the second Earl’s prize herd of Devon cows. The inn was renovated for the agent, H. W. Keary at the same time, being given an open brickwork parapet balustrade, a new porch, similarly capped and a bay window on the South side. It formed the centre of the new composition created by the Architect G.A. Dean. There were later several distinguished inhabitants, including the Prince and Princess of Teck who adopted the title of Duke and Duchess of Cambridge after 1914.

By 1958 the house was partially derelict and the then agent thought it a good idea to strip the joinery out, brick up the windows and use it as a granary. There are many recent instances of barns being converted to houses, but here was a case of a house being utilised as a barn, which included the installation of a grain dryer, driven through the house into the vaulted cellar.  All this was in turn stripped out in 1993 when the present Earl decided to restore the house for his own retirement. There were enough fragments of windows and doorcases to enable Nicholas Hills to prepare accurate drawings for replacement of most items as they had been. Innovations were made however to enable all bedrooms to have their own bathroom, including the ingenious use of modest roof lights to enable the central spaces to be lit, including the newly formed vaulted space beneath the central chimneys.

Other stored items, as such as the terracotta cows-head brackets introduced in the 19th century were restored in the estate workshops and reintroduced to the archway at the foot of the stone staircase which had fortunately survived.

The brick vaulted basement was repaired, rooms adapted for modern use, and matching new bricks made for the replacement of copings and chimneys which were copied from the only view of the house, an 1867 engraving.   The disastrous balustrade round the roof which had previously been rebuilt was removed entirely and the roof now sits as it properly should over the outer walls. A new guttering system, enamelled to match the tone of the brickwork now carries the rainwater away. The building renovation has received an award from the Norfolk Society and the Graham Allen Award for Conservation from the North Norfolk District Council.