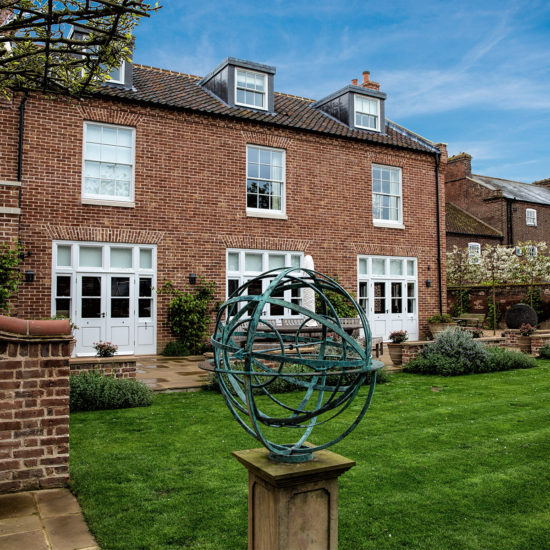 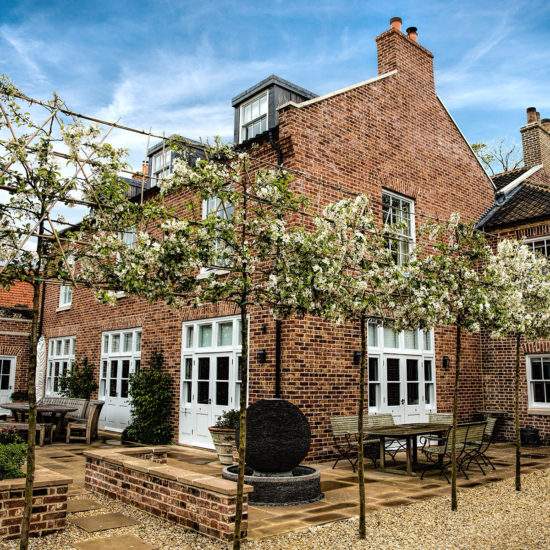 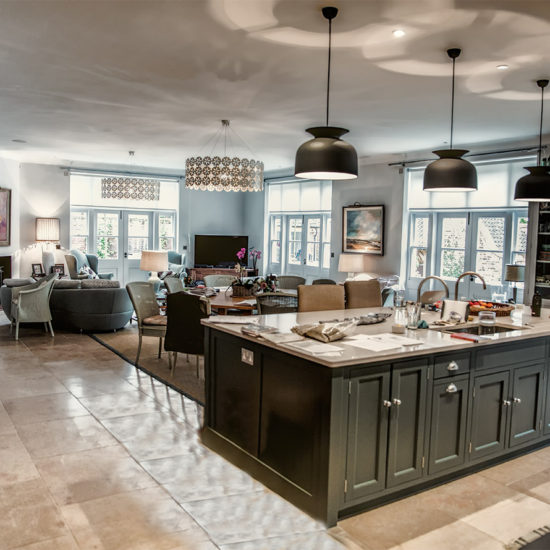 The fine example of a late Georgian  merchant’s house  had been left unchanged for over 50 years and was rescued by the present owner and carefully repaired, with details such as railings and chimneypieces replaced as they were.

A ramshackle collection of rear additions was removed and the house given a ‘double-stack’ format, which provided an excellent opportunity for the provision of an elegantly proportioned kitchen and dining room after the current fashion.

All rooms were given a new bathroom, in some cases one room being divided to do so. The floor level in the existing side wing was slightly raised so as to provide a running floor level, and  space was found for forming two bedrooms rooms in the attic.

The gardens were recreated from a jungle of woodland and the former ‘rope walk’ at the rear was defined by brick garden walls.

Close debate with English Heritage and the local Conservation officer was necessary to achieve a result  acceptable both to the client and the planners.

Wells next the Sea, Norfolk