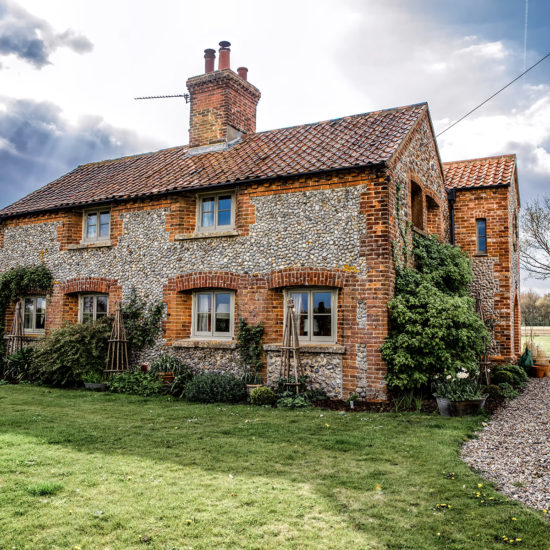 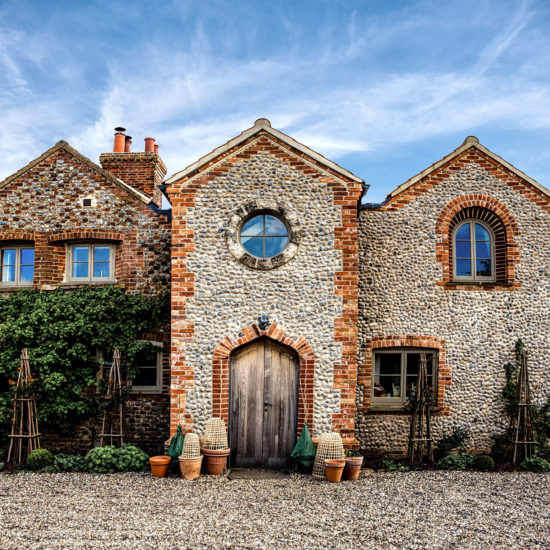 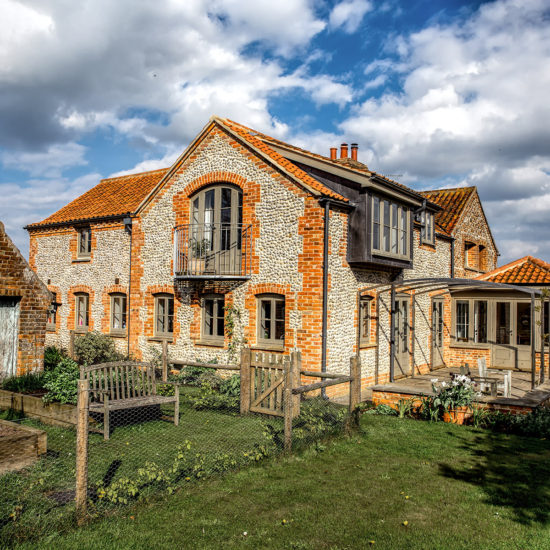 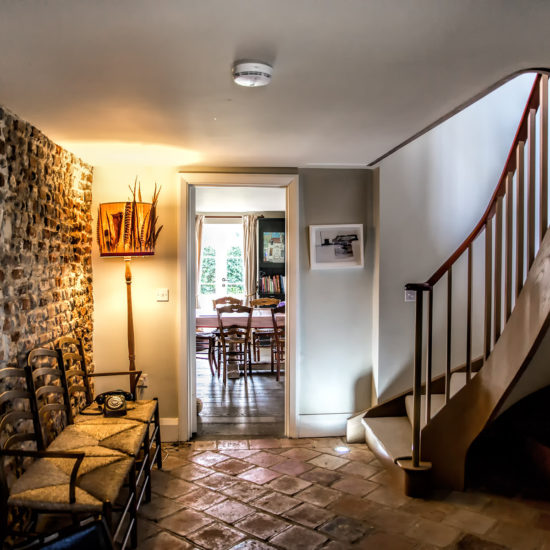 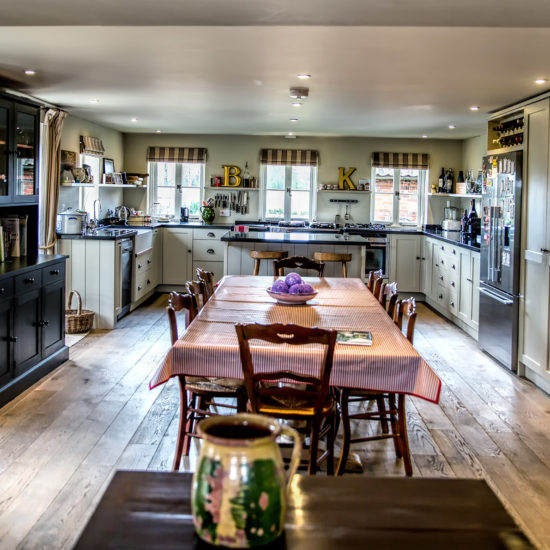 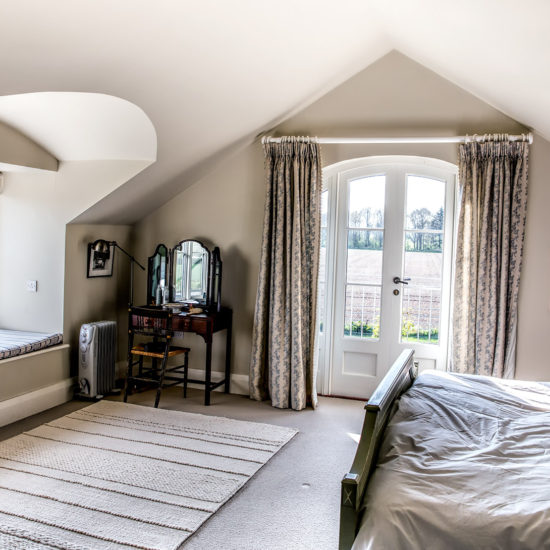 A former pair of farm cottages having already been combined as a small house had a later rear wing  added as a kitchen.

The dwelling has now been substantially renovated and the rear wing consolidated within  matching flint and brick outer walls in order to create a cohesive whole.   Some unusual details were developed out of existing features, for example the cantilevered window to the main bedroom, providing a deep window seat inside.  Another window, in the same  bedroom, was reformed as French doors with a small balcony attached to the outside of the wall.

The main entrance, as in most of the houses illustrated was relocated in order to open into a good sized entrance hall, from which  a curving staircase rises to a generous first floor landing.  The sequence of kitchen-dining-and sitting spaces was clearly defined  in one room by replacing structural walls with beams,  whilst on one side is a study for the owner, and the other a painting studio, designed with a pyramidal ceiling under a hipped roof.    There are four bedrooms and 3 bathrooms on the first floor.

The house is provided with an air-source heat pump and the ground floor has underfloor heating.