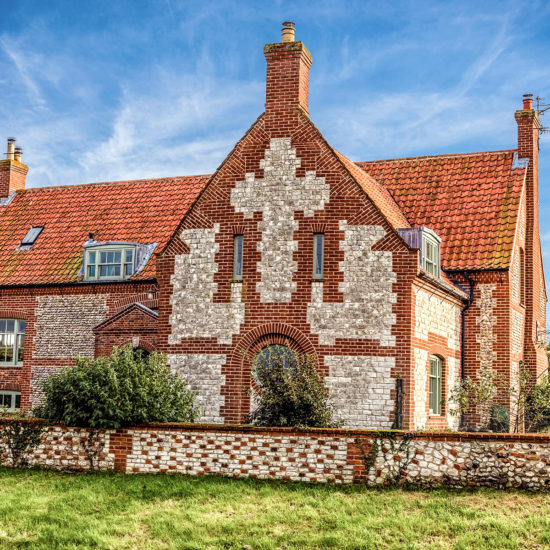 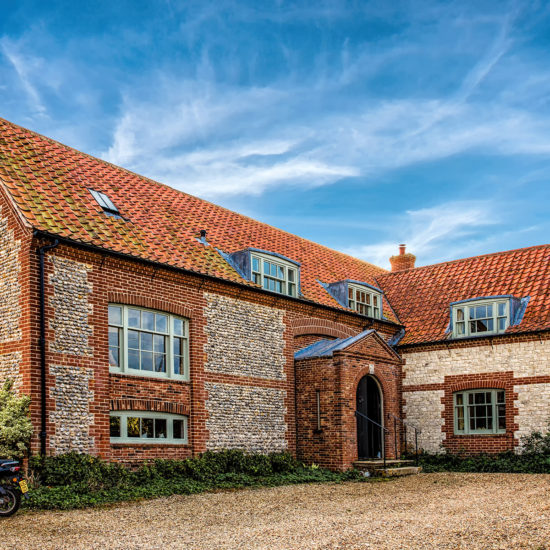 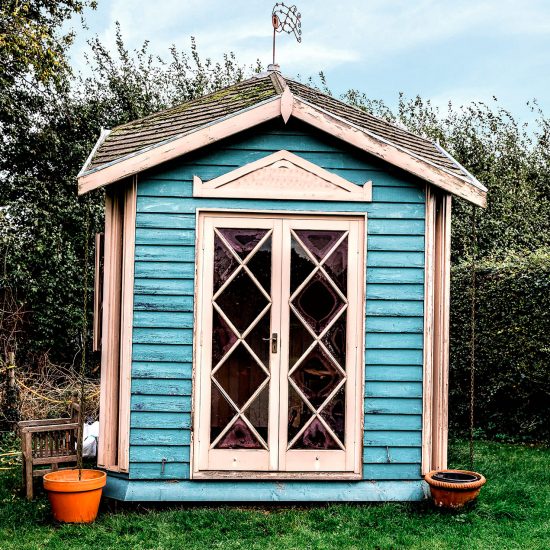 “Built of traditional materials, and in a Norfolk manner, this design for a private house in Burnham Norton displays extensive reference in its interiors to the Arts & Crafts movement, yet also harbours a teasing modernity.” Editor, Norfolk Architect

A partnership between Stephanie and Richard Worsley, architect Nicholas Hills and builder Christopher Geering proved successful in the creation of a house which has recently won a Norfolk Society award.

The axially planned interior provides a raised drawing room at half-landing level (with a view of the marsh) which is approached by a bifurcating staircase flanked by two-storey height bookcases.

The West Norfolk Draft Character Statement for Burnham Norton has singled out the new work in the Conservation Area as being “memorable for one outstanding neo-vernacular house, recently completed. St. Anthony’s Cottage, a sizeable L-shaped house in flint and red brick with dormers has an impressive wing with a cruciform pattern of square chalk blocks, tumbled brickwork and large bullseye window. The bold design and strongly defined details make a significant contribution to this part of the Conservation Area.”