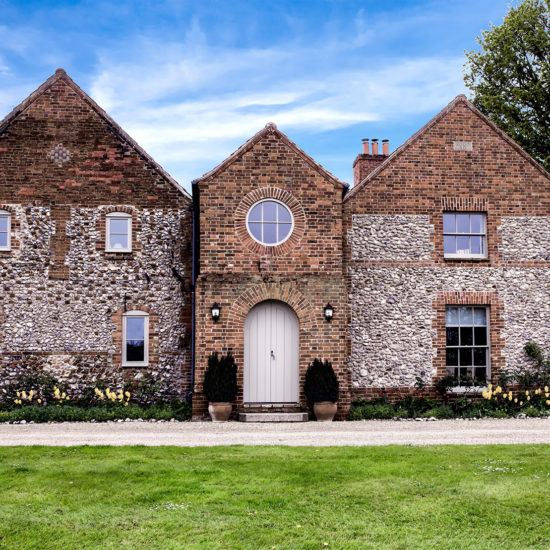 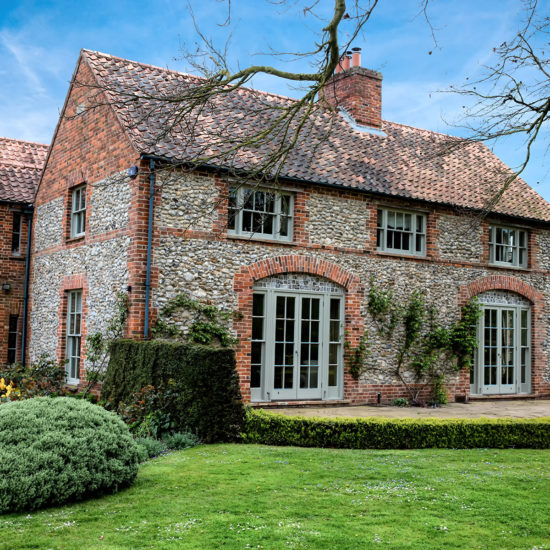 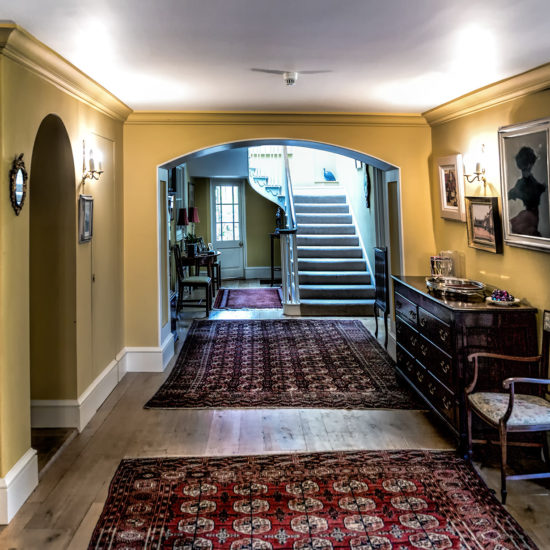 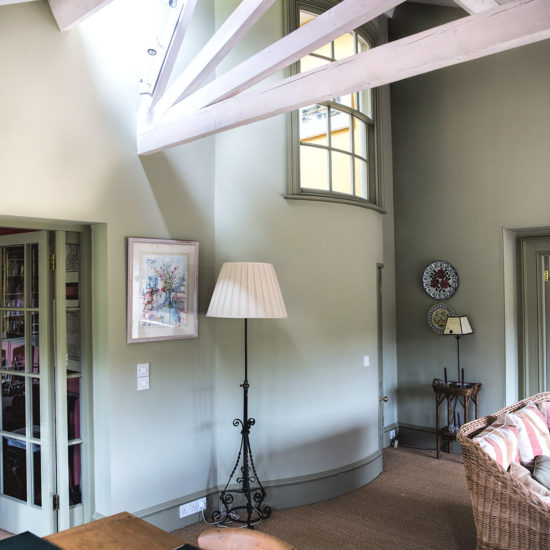 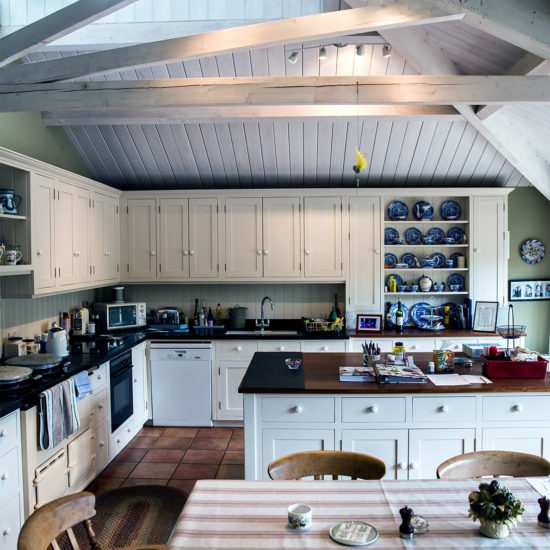 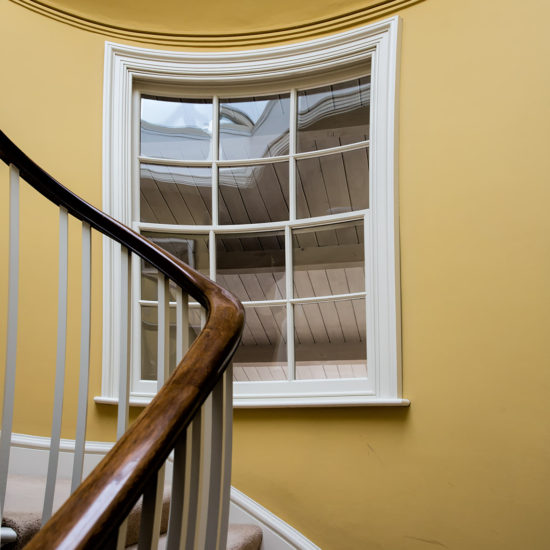 ‘A tithe barn in two acres which once belonged to the nearby rectory had been converted into a house about 20 years previously.  On such a site planning approval to enlarge the house was not difficult to achieve, but the method of enlargement presented a challenging exercise for the architect.

The site slopes down to the west and the best views are to the south and west. It therefore seemed sensible to place a new wing in front of the old barn, thus forming a ‘double stack’, a method traditionally used to extend Norfolk houses.  A well proportioned porch and staircase hall with its own roof sits between the two main roofs.

Top light floods down the staircase and also provides light into the kitchen and garden room beyond, largely contained within the framework of a former lean-to garage..

The new main rooms were given extra height, so that upstairs the bedrooms are partially set into the roof, providing interesting ten-shaped rooms.  Every bedroom has a bathroom and a fifth bedroom was formed within the attic of the old barn itself.

The projecting entrance porch is carried up to provide an office above, very much in the same manner that church porches were sometimes given a room over them. Externally, the wide arched windows of the south façade echo those of former farm cartsheds, creating an image of  an agricultural origin, reinforced by the use of flint with brick dressings to match the old barn.

The Mayors Award for Design in the Environment (2000)