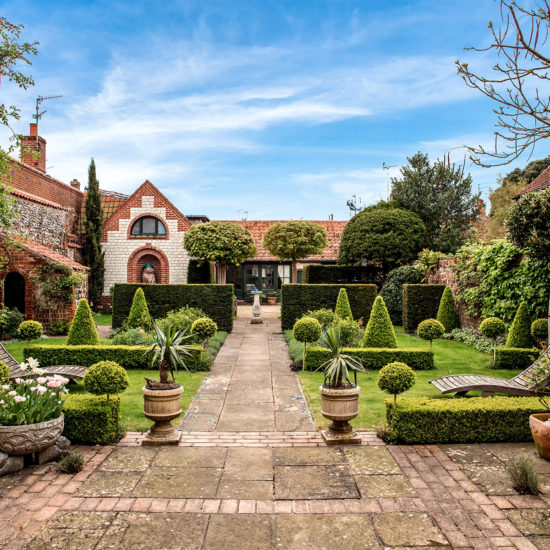 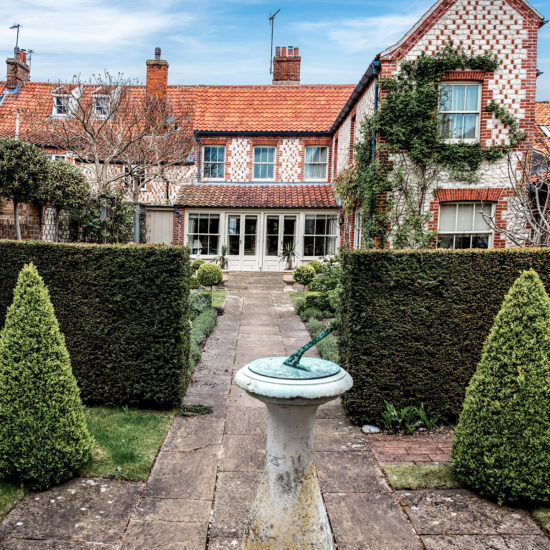 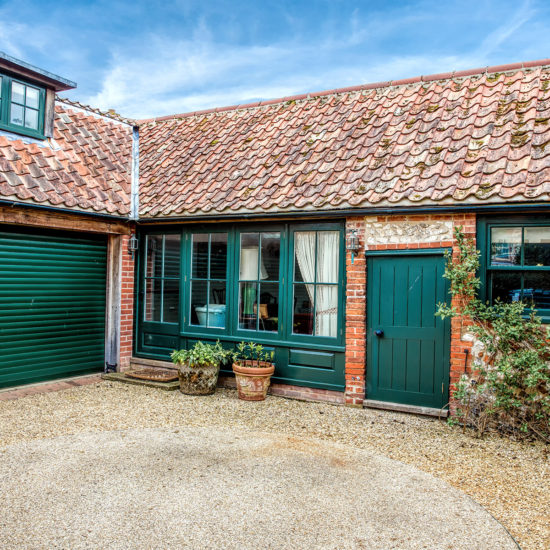 HOUSE ON THE GREEN

The house is attached to  a  neighbour property on the west side. The form of the roof suggests that the group may once have formed one barn.  The gable at the east end   appears to have once been the end of a now demolished house, forming a similar composition to a house and barn on the Green at East Rudham.

The exercise here was to improve the rooms to the rear of the house where the first floor was at a lower level; add a first floor to the existing side wing and add a garden room with some roof glazing.  A rebuilt coach house on two floors forms a separate rear structure.

A new cut-string staircase was built in a new position to replace the existing stair and a new stone porch added to the front to enable a ramped access inside for a  wheelchair.  At the same time the first floor windows were replaced to match the ground floor Georgian pattern and the cement stucco removed to reveal a knapped flint wall which was repointed in dark  grey mortar.